The South Australian Country Women’s Association (SACWA) is a member society of the Associated Country Women of the World (ACWW) which aims to:

The SACWA International Committee deals with matters regarding the Associated Country Women of the World (ACWW).

Special Events: Some of the special events organised by the International Committee include:

Fundraising/Projects: The International Committee undertakes a great deal of fundraising to support its work. Every one to two years they support a project to assist our members in the South Pacific Area, aiming to raise a few thousand dollars for each project. These projects focus on self-help, income generating schemes, education and health resources.

Other projects co-ordinated by the International Committee include:

Branches hold an International Day each year, usually in November with a speaker who has either lived in or visited the ‘Country for Study’. The event includes a display of various items and memorabilia from the country, with those attending often bringing traditional dishes or food to share. Music from the country is often played also, and some branches invite local school children to participate. This is an enjoyable way to learn and appreciate the customs and way of life for people from other countries around the world.

Country of Study 2021- The Netherlands

Each year, the International Committee chooses a Country for Study from suggestions submitted by branches across the state. Using this country as inspiration, the Committee then organises a number of special events and undertakes a great deal of fundraising. 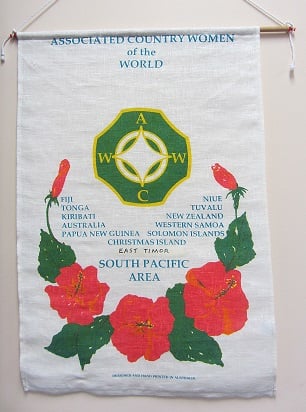